This isn't an exhaustive list, but rather one of the most relevant journals for Film Studies at Barnard. Most of these are available online with a BC/CU UNI (if off-campus). Most film journals will be available in the above databases, as well, but you can browse individual journals and issues with the links below.

If we don't have access to an article or book chapter you need, you can place an interlibrary loan (ILL) request for it! Including as much information about the resource as you can, especially the ISSN, will help speed the process.

There are two ways to place an ILL request for an article:

1. From the e-link page of an article 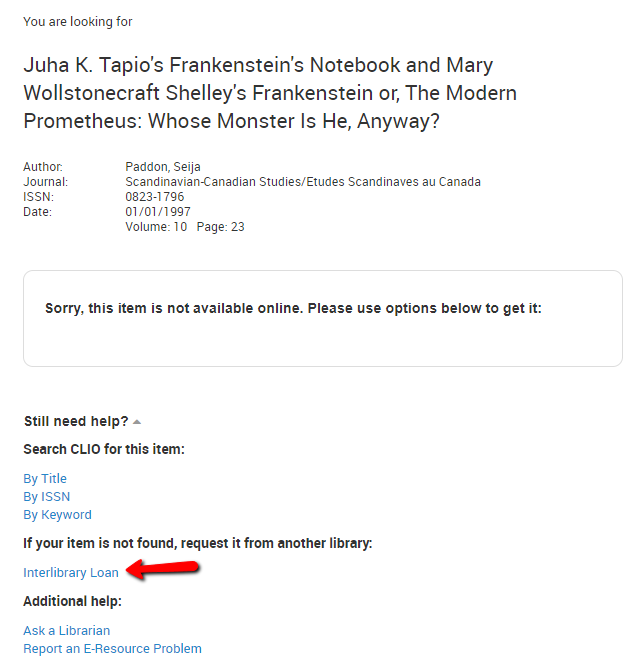 2. Via the ILL page on Columbia's site (click images for larger versions). Choose your institution, and then log-in with your UNI to request an article. If it's your first time logging in, you'll have to fill out some contact information initially. 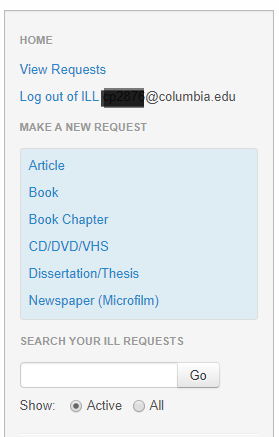 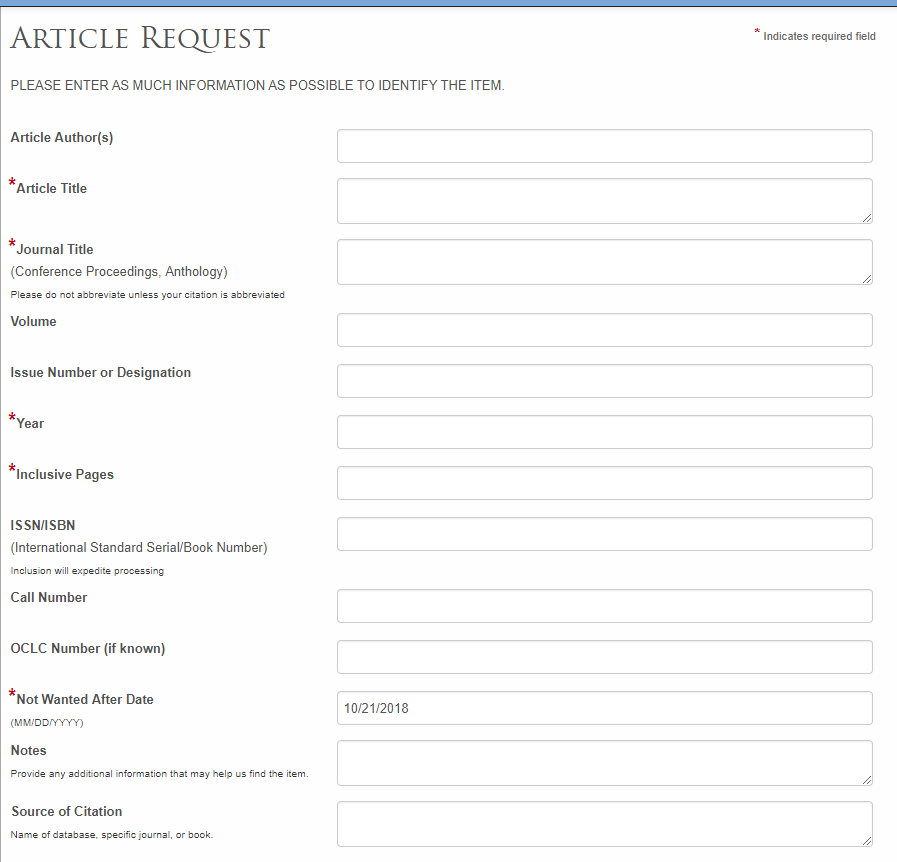