Welcome, new students! This is a guide to activities and readings to introduce you to BLAIS.

Shange Magic at the Milstein Center

Ntozake Shange was a writer whose work covered a range of genres and forms. She is best known for her 1975 piece, first published as a chapbook by Shameless Hussy Press, for colored girls who have considered suicide/when the rainbow is enuf. She conceptualized this, and many of her later works, as choreopoems. Shange’s choreopoems mixed a range of creative forms, among them music, dance, drama, and poetry. Ntozake Shange also wrote children’s books, novels, poetry collections, and plays, and she collaborated with visual artists, too.

Ntozake Shange began her studies at Barnard College in 1966, and she graduated with a B.A. in American Studies in 1970. In 2013, the Barnard College Archives celebrated the acquisition of her archive. 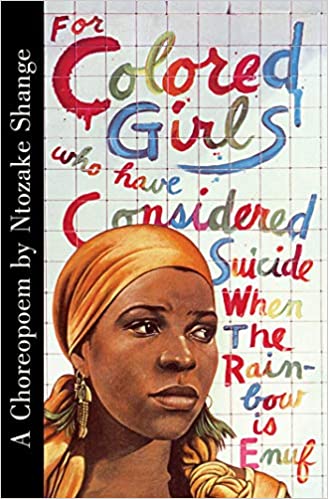 Ntozake Shange died in 2018. Her unexpected passing in 2018 was mourned by many students, staff, faculty, and community members at Barnard who had spent time in her presence and whose lives had been transformed by her words and work, including me. Getting the chance to spend time in the same room as Ntozake Shange was an unforgettable experience that I will treasure forever.

Students at Barnard have studied, researched, and found inspiration in Ntozake Shange for many years. Professor Kim Hall regularly teaches a class that focuses on Shange’s work, and most recently, the department of Africana Studies, the Barnard Archives and the library have collaborated to organize events that celebrate her.

If you care about and are interested in any/all of the following -- Black feminisms, spoken word poetry, anticolonial solidarity, dance, healing, the Black Arts Movement, experimental theatre, and writing that challenges conventional categories -- you might want to check out some of these links related to Ntozake Shange’s life, work, and indelible influence on Black feminist writers and artists, on Barnard, on the world!

Listen to a New York Public Library podcast, where Ntozake talks about the influence of Harlem on her work. 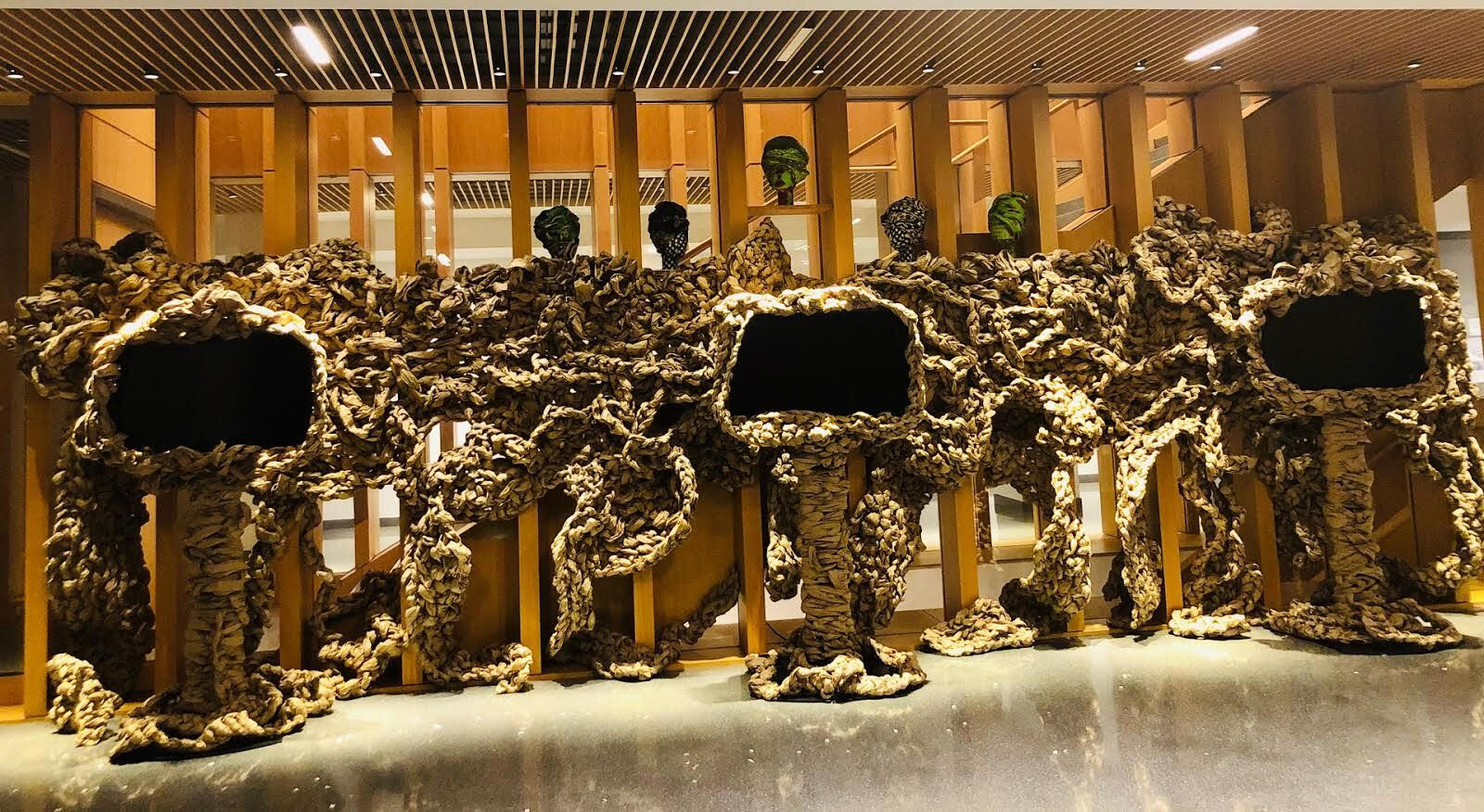 Look at images of the installation in progress of STUFF, a multimedia installation by artist Dianne Smith, curated by Souleo, which will be exhibited in the lobby of the Milstein Center for Teaching and Learning from September 8, 2020 - August 16, 2021. STUFF was created in response to the life and work of Ntozake Shange ‘70. The work is composed of butcher paper, fabric, and sculptural elements, and features video interviews with women sharing their lived experiences with many of the themes found in Shange’s work. Its inspiration, the poem “somebody almost walked off wid alla my stuff,” is from Shange’s choreopoem for colored girls who have considered suicide/ when the rainbow is enuf. 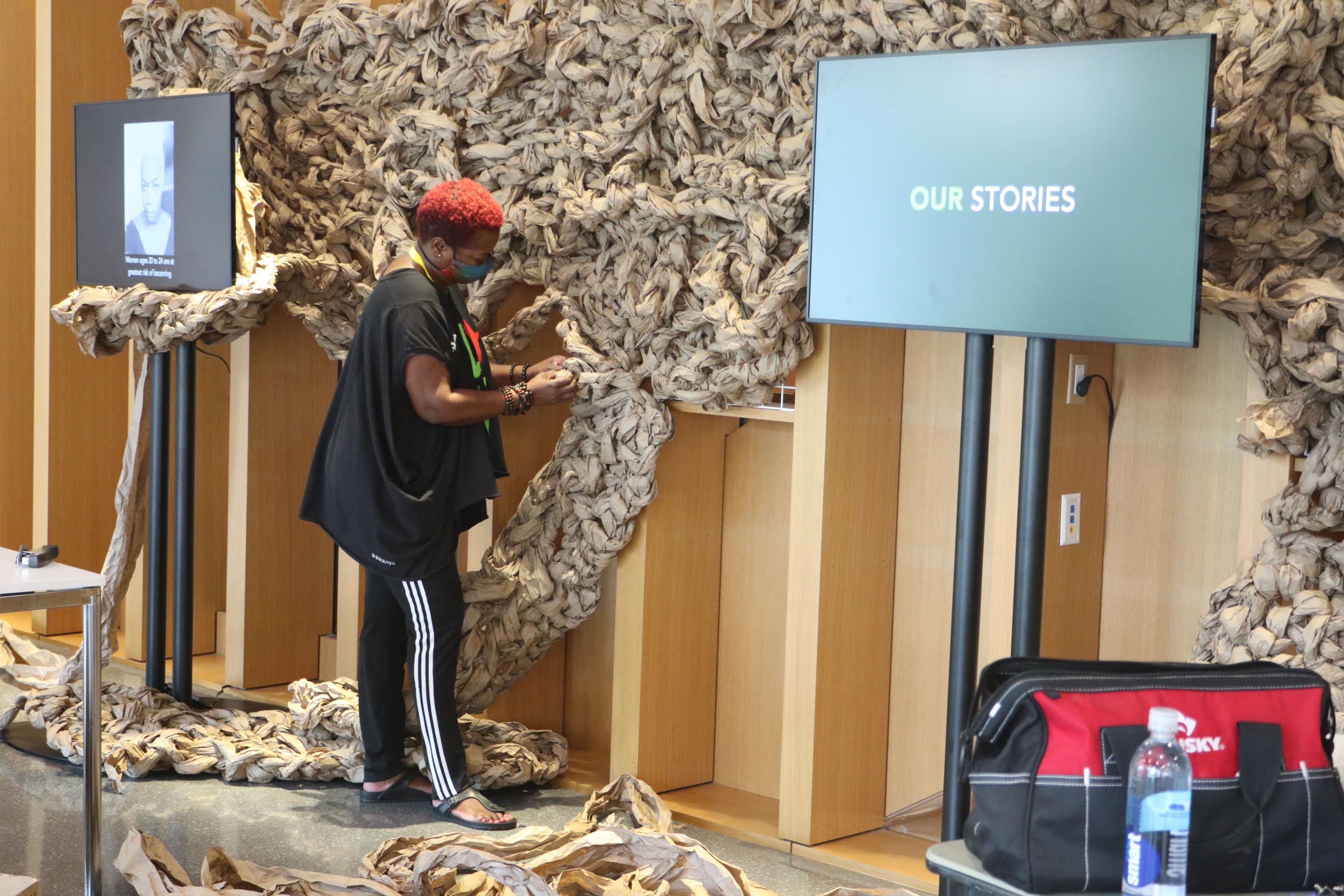 Watch Her Pen is a Machete, a short film on Ntozake Shange, and/or watch Performing Shange, a recording of Barnard student musical, dance, and theatre performances of Ntozake Shange's work.

Her Pen is a Machete: The Art of Ntozake Shange from BCRW Videos on Vimeo.

Read a collection of her short stories, available as an ebook through the Barnard Library Collections. To check out more of Ntozake Shange’s work, search the CLIO catalog with search terms Ntozake Shange, and select “author” in the drop-down menu. Limit your results to “online” using the format options at the left side of the screen. Here are the CLIO results for this search.

Ntozake Shange used recipes as a literary form. Write out a recipe of your own making, and/or one that has been shared or passed on to you. It could be for food, or for anything that nourishes you. Don’t worry too much about getting measurements right! You could think about the ingredients that are important, the process, the stories surrounding it, and most of all, what this recipe means to you. If you feel inspired, share your recipe anonymously here: https://etherpad.wikimedia.org/p/ShangeMagicNSOP